Scaling up ‘impact’ in a post-Covid society 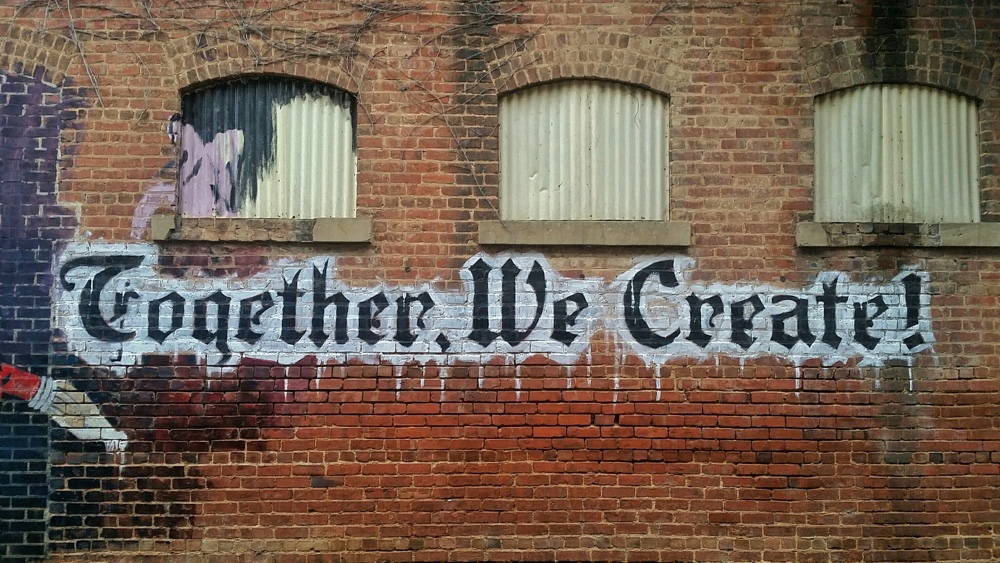 22 May Scaling up ‘impact’ in a post-Covid society

Posted at 21:13h in Blog by Linda Zimmer 0 Comments

Summary: At a time when the pandemic is pushing us further apart, there’s an opportunity for foundations in Orange County to lead California, and the United States, to help reshape a post-Covid society. Rather than sub-scale, disconnected activities, a joined up approach would be ideal; one that puts ‘more wood behind fewer arrows’, focusing the effort on achieving clear societal outcomes rather than financial ones. To do this requires overcoming three hard problems: First, agreeing on clear missions to galvanize and unite the county. Second, developing transparent new metrics of success to recognize and reward non-financial outcomes. And third, to develop new kinds of markets that allow foundations to ‘buy impact’ at scale, rather than work at the subcritical mass. This could be an opportunity for Orange County, and California, to give back and again lead the agenda around the next stage of capitalism.

The pandemic is highlighting the cracks in America’s society. The pandemic is a domestic foe unlike any other; as of the time of writing, its 78,000 death toll is equivalent to thirty-five Pearl Harbours or twenty-six 9/11s. Beyond the tragic personal cost, the pandemic has exacerbated existing problems, in particular inequality. Poorer people have been disproportionately hit, setting off a negative cycle that is likely to worsen inequality. A report by the Institute of Policy Studies found that in the course of three weeks during March and April, 22m people lost their jobs while US billionaires grew their wealth by 10%, or $282 billion. Similarly, many large companies have entrenched their dominance; a Vox report found that while 250,000 small businesses have shut their doors (with up to 15,000 likely to close permanently), Amazon and Walmart are hiring 250,000 new employees. Eye-poppingly large stimulus packages are injecting money into the economy, helping some companies, yet leaving many individuals struggling. Before the pandemic, 20% of US children were living in households below the poverty line, with the number in California varying from 6% to 43%. Figures released this week may make the past few years look like halcyon days: a full 10% of the population have lost their jobs, sending the unemployment rate from under 5% to nearly 15%. The danger is that post-Covid-19 world is more unequal with less social cohesion.

An opportunity for Orange County to lead in building a post-Covid society. Churchill’s phrase, “Never let a good crisis go to waste” has become a cliché in Covid discussions, but that doesn’t make it less valid. This is a chance to shape post-Covid society for the better, rather than just snap back to a more extreme version of what wasn’t working before. As Ed laid out in a previous IHF blog post, Orange County has rallied with impressive speed to create over $6m in funding to give out to needy projects in the short term. Going forward, it’s an opportunity to put radical thinking on the agenda to make the changes we need to see. The role of the state versus business has in many places fundamentally changed as bailouts give governments chunks of the private sector and often a role in paying private sector wages. The Australian government’s impressive response to the pandemic (all the more surprising because of their mis-steps with the bush fires a few weeks prior) may have elevated expectations about the role of government in citizens’ lives. Taxes will likely rise due to record debts, and we’ll need to decide who and how to tax. Education is going virtual, and much of it may never go back to being physical. On a more tactical basis, we’ll need to decide what to do with our streets – over 90 cities have been experimenting with changing traffic patterns and giving more space to pedestrians to enable social distancing. The time is ripe to proactively seek to reshape and reset society, so how should Orange County’s foundations prioritize, and how can they make a meaningful difference?

Missions that galvanize and unite society. The first challenge to overcome is deciding on a shared mission or missions that are ambitious yet achievable. The best example is the original ‘moonshot’. Between 1960 and 1972 the US government spent around $20bn ($150bn in today’s dollars) to fulfill the bold ambition of taking a man to the moon and bringing him safely back down. The Apollo program, as described by economist Mariana Mazzucato in a recent Wired interview, consisted of 300 separate reinforcing projects resulting in 1800 spinoff projects. It was the ultimate collaboration between businesses, researchers and government. For reference, the $2tn economic bailout in April 2020 could cover the cost of approximately 13 Apollo programs. It’s not the size of the debt that’s created, it’s what you get in return. For foundations in Orange County, agreeing on a bold set of societal and environmental missions would be welcome. As we look to a life beyond Covid, a key challenge for us will be to reconnect with each other safely, reversing the trend of inequality and ‘cocooning’ ourselves in favor of connecting. Other related topics include reducing levels of depression and loneliness (for example, a recent study in San Diego found 80% of older people in communal settings to suffer from moderate or severe loneliness), finding a cure of dementia, reducing pollution or even, particularly ambitious for Los Angeles, eradicating traffic jams. Agreeing a shared mission is in many ways anathema to many in the social sector, since individual organizations each have their own unique missions and Boards with strong opinions. The flipside is that in order to actually have lasting, measurable impact, we need to put more wood behind fewer arrows, so clusters of organizations – for example those committed to improving the lives of a specific target group or demographic – may come together to jointly agree on a shared mission.

Metrics to measure the things that count. The second challenge to overcome is that missions need to be measured, and we often don’t have the right metrics. It was clear what success for the Apollo program was – landing on the moon and coming home unscathed. Unfortunately, our economic system doesn’t do a good job of measures. Bobby Kennedy, speaking in Kansas in March 1968 noted that GDP measures “everything, except that which makes life worthwhile”. He outlined the problems, and it seems little has changed:

“[…]Gross National Product counts air pollution and cigarette advertising, and ambulances to clear our highways of carnage. […] It counts the destruction of the redwood and the loss of our natural wonder in chaotic sprawl. It counts napalm and counts nuclear warheads and armored cars for the police to fight the riots in our cities. […] Yet the gross national product does not allow for the health of our children, the quality of their education or the joy of their play. It does not include the beauty of our poetry or the strength of our marriages, the intelligence of our public debate or the integrity of our public officials.”

Several alternatives have been tried – Bhutan’s Gross National Happiness index, New Zealand’s wellness indicators, but few have scaled. The UN’s Sustainable Development Goals brought together countries around the world to set an agenda for helping the planet and its inhabitants, but while it is ambitious and broad it doesn’t distill progress to a single number that can be measured. This is an opportunity for Orange County to take a mission such as reconnecting society and improving social engagement in a post-Covid world, and develop metrics that can be measured to show progress.

Building markets for impact. The third challenge is to scale up these metric-driven missions. The past century has taught us that markets are one of humanity’s most impressive accomplishments, and can be fantastically efficient at allocating resources and scaling things up. Like all technologies, they are not inherently good or bad. Markets have failed us in the past when they’ve not had complete information, for example when environmental externalities are not included or government officials provide privileged information to lobbyists. But why can’t markets also be used to help scale up impact not just products? If foundations in Orange County agree on a set of shared missions, and agree on metrics for success, say on reducing loneliness, where would they go to “buy” that outcome? This is to some extent what social impact bonds have been trying to, albeit with limited success[1]. In today’s world, the efficiencies and scale of the market would be generally ignored and it would be about engaging with individual, untransparent, cottage-industry interventions. Instead, a new kind of market is needed with at least two radical differences to the markets that we are used to seeing. First, it would explicitly recognize and internalize non-financial ‘impact’ metrics such as reduced loneliness, reduced fall risk or lower pollution. And second, it would allow collaboration and competition, connecting organisations who share similar missions and goals.

An experiment at Aging2.0. At Aging2.0 within the context of our ageing societies, we’re testing this kind of collaborative, impact-focused market with The Collective, a joint venture with innovation consulting company, Shapeable. It’s still early; Japan’s Nomura Research Institute signed up last month to lead the topic of ‘Crossing the Digital Divide’ and we’ll soon be looking to agree clear metrics of what success looks like for that, and to find collaborators to help Nomura help its stakeholders and citizens close the digital gap. But this approach needs to be scaled up 10-100x across all sectors and funded on the scale of a moonshot.

An opportunity for OC, and California to show global leadership. There are many hot-button topics to navigate, but in a post-Covid world, at least one thing is clear, there will be a huge interest in ways to scale up ways to deliver non-financial metrics of success, in particular around social connection and inequality of opportunity. California, with a history of progressive experimentation, an abundance of technology and intellectual capital, and a Governor who has seen his approval rating double to 83%, is the natural place to lead this effort. Any approach that aligns, measures and scales up impact is worth exploring, and may even help the world to meet its next, imminent and more transformative test – aligning and tackling an escalating climate crisis.

Stephen Johnston is founder of Fordcastle, an innovation consulting firm, and co-founder of Aging2.0, a global innovation network for ageing and longevity.

Photo credit:  “My Life Through A Lens” on Unsplash

[1] In fact, much of the criticism of social impact bonds centers on the high admin costs and lack of transparency, both of which would be reduced if there was a genuine market for impact.

Sorry, the comment form is closed at this time.